Hiya,
Today I have 2 cards to show, playing catch up as I meant to post one of them yesterday ! Time is just running away at the moment, can't believe we are nearly out of February already...

My first card is suitable for Mothers Day or birthday, 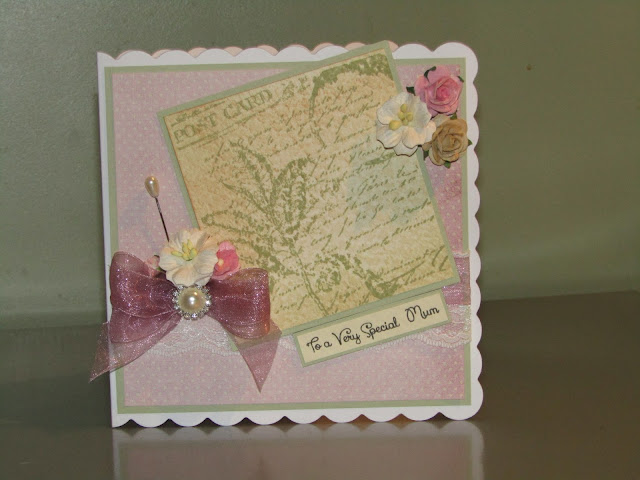 I have to be honest I really liked this card when I made it but now I'm really not sure.....It is missing something but I don't know what lol
Anyway I used a Papermania stamp stamped with Distress Ink, the DP is from Tactile Studio (I think its had a name change now)  Sentiment is LOTV and flowers, pearl, lace and pin are from my stash.

My second card is a Digistamp Boutique image - Alf/Dads Shed, I loved colouring him and was pretty pleased how he turned out. Its quite a large easel card 8 x 8 but I have kept it simple with just LOTV papers, some scrim and some natural twine. 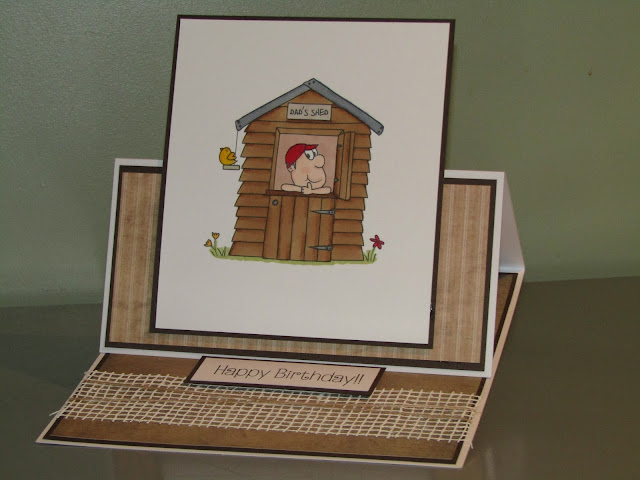 Thats all for now, thank you for looking and for all the lovely comments I have been getting they really make my day !

Finally back, have had a bit of nightmare few weeks healthwise, added to that our camera gave up the ghost and when we got a new one we discovered that my oldish PC didnt recognise the sd card so we then had to send off for the lead to go with it....can you tell I'm not good with technology ?! On the plus side the new camera seems to take much nicer pics so once I have got used to it.....

Anyway while I have been MIA I have been doing a bit of crafting so I have got a couple of cards to show you, no colouring on these so they were really quick makes.

The first one is my hubby's valentine card 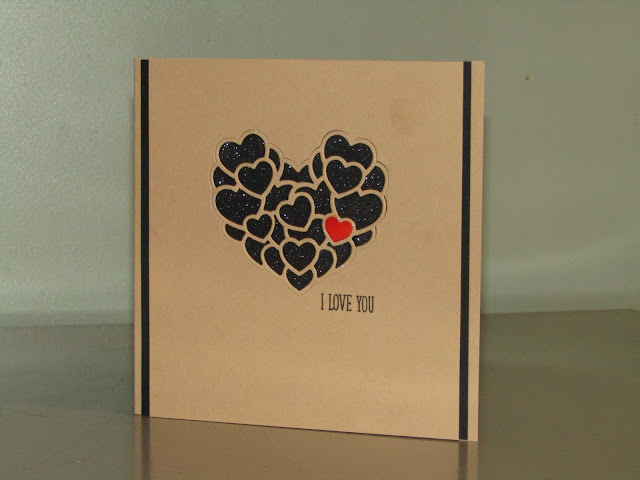 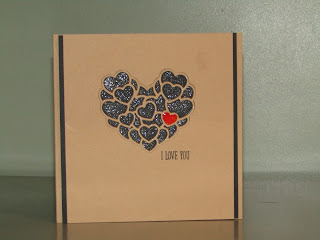 I used the same Impression Obsession die that I have been using to make my friends wedding invites, I made a 5.5" square blank from kraft card then I cut the die from a slightly narrower panel of kraft card which I then matted onto black card. I went over all the spaces in the die cut with Wink of Stella and coloured one of the 'waste' hearts with my poppy red promarker and gave it a coat of glossy accents. The photos show the shine and sparkle quite well I think.....unfortunately the photos also show the dirty great fingerprint in the top righthand corner which hubby made when he opened it ! I had forgotten to take a pic before I sealed it :(
The sentiment was from the CBS Many Mini Messages set which I love.

My second card is using a Memory Box die which I have had for ages but never used, 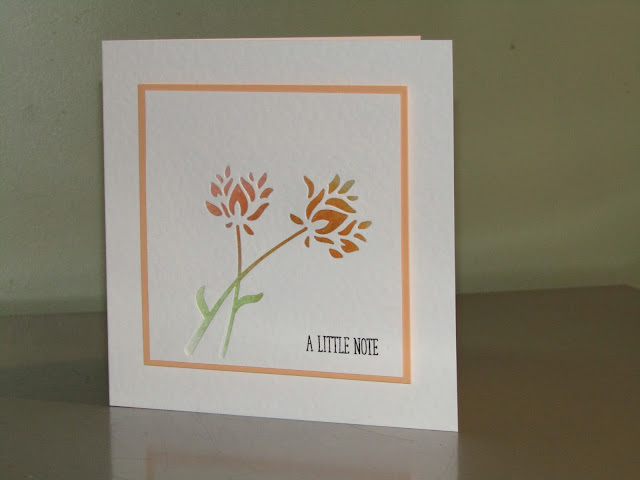 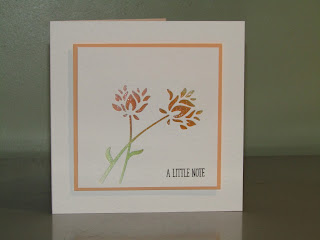 I die cut the flower (it comes as one die that cuts the flowers together) which I then cut into a 4" square panel. I stamped the sentiment from the Many Mini Messages. Then on a smaller offcut of white card I sponged some distress inks...Mowed Lawn, Spiced Marmalade and Bundled Sage which I then mounted the flower square onto, this was then matted onto peach card and the whole thing then popped up on foam pads in the centre of a 6 x 6 blank.
I enjoyed doing this card so much, partly because it was a quick make but quite effective, that I made more in different colours with different sentiments and I'm intending to give them in a little set to my mum-in-law for mother's day. I will post the others later today.

I intend to spend the weekend in my craft room so I will definitely be back soon with a few more cards to show you,

Proud to be on this Design Team

Proud to be on this Design Team

Hi, I'm Karen,
I live in a small village in Kent and have been married for 25 years, my hubby is very supportive of my hobby/addiction to crafting mainly because it means he can spend hours in his man-cave without me moaning ;)
We have one beautiful daughter who is almost 21 and a gorgeous granddaughter who is at the terrible two's stage but still utterly adorable !
I have been card making since 2013 and am totally addicted, I am lucky enough to have a craft room and spend my time in there whenever possible.
I have already met some lovely friends through card-making/crafting and look forward to meeting lots more hopefully.